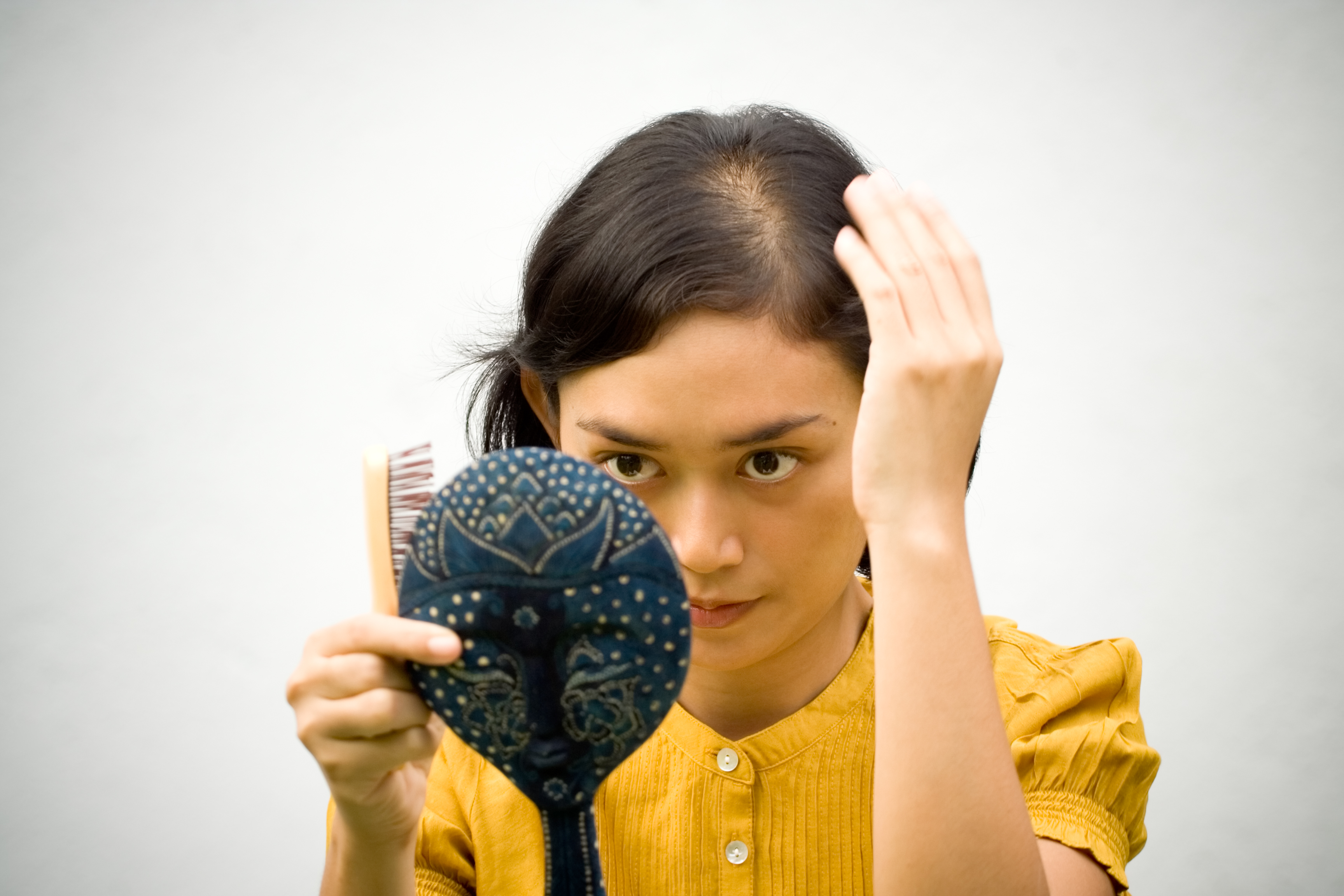 What is DHT and How Does it Contribute to Your Hair Loss?

Hormones play many roles in the body. From regulating appetite to putting you to sleep to triggering your stress responses, hormones essentially do it all. Hormones can also influence your hair—but the result is not always positive. A combination of aging and hormonal imbalances can lead to changes in your hair—namely hair loss.

One hormone, in particular, is responsible for these hair changes in men and women: dihydrotestosterone (DHT). By understanding more about DHT and the form of hair loss it causes—androgenic alopecia—you may be able to identify and seek treatment for your hair problem sooner.

DHT and its role in human health

DHT is a male sex hormone and androgen that is present in both men and women. Androgens are responsible for male sexual development, including the development of the penis and prostate gland in fetuses and biological changes like increased body hair and muscle mass during puberty. The hormone is also believed to be responsible for the growth of body hair and other changes during puberty in women.

Up to 10 percent of a man’s or woman’s testosterone is converted into DHT. Therefore, the original levels of testosterone in the body determine how much DHT is produced. Endocrine disorders may influence the production of these hormones, potentially causing under- or overproduction that throws off the hormonal balance.

Too much or too little DHT in the body could affect sexual development, muscle mass and the amount of body hair a man or woman grows. Abnormally high levels of DHT have also been linked to an increased risk for prostate cancer and other major health problems.

DHT binds to receptors on hair follicles in the scalp. Over time, DHT may begin to affect the follicles and lead to hair loss. It is believed that some people’s scalps are more susceptible to these effects from normal levels of DHT than others are, therefore, increasing their risk for hair loss. This susceptibility is likely genetically determined.

Whether due to excess DHT or follicle sensitivity to DHT, the hormone causes the hair follicles in the scalp to shrink over time. As hair grows and falls out, the strands gradually get thinner and weaker until they break. Eventually, hair isn’t able to grow out of those follicles anymore. New hair growth might also be slowed, while the hair’s resting phase is lengthened, resulting in shorter hair and less growth overall.

Women may be at greater risk for androgenic alopecia after they go through menopause due to the shift in hormone production. Combined with menopause-related hair loss, DHT levels may be higher in post-menopausal women, resulting in more drastic hair loss.

Putting a stop to hair loss

Unfortunately, there is not a true cure for androgenic alopecia. Once DHT begins to shrink the follicles, it is unlikely that the follicles will return to their original size or that new hair growth can start again in depleted follicles.

However, if the condition is caught early enough, certain treatments may be able to slow DHT-related hair loss. It is possible that hair loss may stop entirely, but treatments tends to merely slow the hair loss process in most people. Regardless, treatment can leave you with a fuller, thicker, healthier head of hair.

One of the most popular methods of slowing androgenic alopecia is through a DHT blocker like Finasteride. This medication stops the enzyme that creates DHT from testosterone, resulting in little to no DHT being produced in the body. For most full-developed men and women, a lack of DHT has few side effects.

Other potential treatments include supplements to promote hormonal balance between DHT and other hormones that affect your hair. By targeting high levels of DHT, these supplements may help slow the effects of androgenic alopecia. Additionally, supplements designed for hair health may strengthen hair, so it stands up to breakage more easily, in spite of follicle shrinkage.

If you’ve recently begun experiencing hair loss, speak with your doctor about the changes. Premature balding in men and women may be indicative of a hormone problem that needs to be identified and treated. Regardless of your age, you and your doctor can work to find a solution to your hair loss so you can feel happy and confident again.

What Heat Styling Is Really Doing to Your Hair

What Heat Styling Is Really Doing to Your Hair

All Products Shipped From McDonough, Georgia